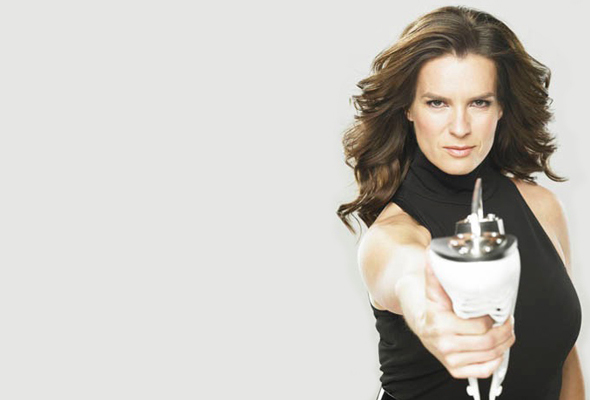 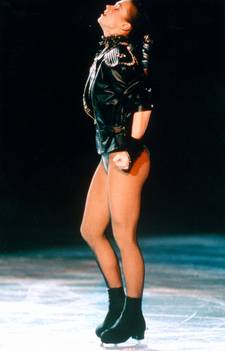 Katarina Witt was born on the third of December 1965 in Staaken, East Germany. In her search for new challenges she continually opens up new areas of work for herself and gathers experience in various fields in  figure skating, producing, presenting, acting and writing. She is also a welcome guest as motivational speaker at corporate events.

Her Figure Skating Career and Victories 2-4-6-8

Katarina Witt's biography and figure-skating career is incomparable and unique: in addition to two Olympic victories, she is a quadruple World Champion, six-time European Champion and eight-time National Champion. After the 1988 World Championships Katarina Witt ends her successful amateur career for the time being. For the following three years, she is co-headlining her first tours as professional in the US and Canada together with World Champion and Calgary Olympic Champion Brian Boitano. The show "Witt and Boitano Skating" is so successful that the Madison Square Garden in New York is sold out with a figure skating show for the first time in ten years.

1993-94 she returns to amateur sport and into the competitive limelight to participate for the third time as an athlete in the Olympic Games in Lillehammer in 1994. She then tours the US and Canada as star guest of the figure skating shows "Stars on Ice" and "Champions on Ice" for 10 years and also participates in countless international professional competitions.

She is the creative mind behind many of the international ice show productions which she conceptualises, creates, headlines and produces with her own production company, WITH WITT. Katarina Witt tours the world several times to present her unique blend of sportiness and artistic skills to figure skating fans everywhere.

Katarina Witt founds her production company WITH WITT Sports & Entertainment GmbH in 1995. The company sets new standards in the skating production market producing live event shows such as "Divas on Ice", "Katarina & Friends", "Enjoy the Stars" and "Winter Magic" for US and German TV.

Since 1991 Katarina has been working as figure skating expert for American and German TV channels such as NBC, CBS, ABC, ZDF and ARD during World Championships and Olympic Games.

In between Katarina recurrently dives into the world of film and theater. In 1990 she stars in the critically acclaimed art movie “Carmen on Ice” and receives an Emmy Award for Outstanding Performance in Classical Music/Dance. Katarina appears in the television series “Frasier” (1993) and the hit feature "Jerry Maguire” (1996).    In 1998 she plays the role of Russian figure skater Natascha Kirilova in the Hollywood movie "Ronin" alongside Robert De Niro and Jean Reno. In 2009 she successfully makes her stage debut as “Amour” in the play “Everyman” in the Berlin Cathedral. In 2012 she stars in the stalking thriller "The enemy in my life" (SAT 1) for the first time in prime time TV.

In 1993 Katarina writes about her life and her experiences during politically turbulent times in her biography "My years between duty and free skating"("Meine Jahre zwischen Pflicht und Kür") and in her fitness book "Fit with Kati Witt" more then ten years later, she gives tips and suggestions for a healthier fulfilled life. The English-language book "Only with passion" deals with her experiences as a young athlete, based on her life story in reality and fiction.

In 1998 another record is added to Katarina’s curriculum. Her cover story in the December issue of the American PLAYBOY becomes the world's most successful and sold out edition for the second and last time after Marilyn Monroe. It is also sold to numerous countries.

After 37 years as a figure skater, Katarina ends her fulfilling, uniquely successful career on the ice with a FAREWELL TOUR in Germany in 2008, closing a very emotional and intense chapter in her professional life.

In 2010 and 2011 Katarina Witt is appointed chairwoman of the 2018 Munich Olympic bid committee and devotes herself passionately and exclusively to this responsible sports policy task.

On the occasion of her 50th birthday in 2015, Katarina reviews stages of her exciting and rich life with exclusive pictures in the illustrated book "SO MUCH LIFE" and the 60minute ARD TV-Special “A JOURNEY TO MYSELF” in which she meets companions such as Jutta Müller, Rudi Cerne, Ingo Politz, Brian Boitano, Robert DeNiro and her parents and interviews them during sensitive and very personal conversations.

As an enthusiastic BMW-SPORT and now BMW-CLASSIC ambassador, Katarina is a dedicated and long-term cooperation partner of BMW. For more than 3 years she has been a "DISNEY ON ICE" ambassador and since 2016 a national and, together with George Clooney, Rafael Nadal and Desmond Tutu, an international ambassador for the social lottery DPL.

In 2018 Katarina is participating in her 9th Olympic Winter Games, for the 6th time as a TV- Olympic and skating expert for the ARD.

In 2017 she founds the company "BUSINESS MEETS SPORT" together with the football player, World Cup and Champions League winner Steffen Freund, and entrepreneur Karsten Tornow. Through the BUSINESS CHAMPION AWARD and the series of events they have created, they aspire to sensitise small and medium-sized enterprises to support regional sports and their athletes.

In addition to her countless entrepreneurial and artistic activities, Katarina Witt is involved in a variety of charities to support sports, environmental and social issues.Together with more than 60 sports legends Katarina Witt has been a founding member of LAUREUS SPORT FOR GOOD since 2000. The initiative’s goal is to support children in crisis areas through sport and better social integration.

For many years Katarina has been supporting the protection of the environment, especially the German certification for products and services “Blue Angel”. Together with football star Jerome Boateng she is also engaged against xenophobia and for tolerance in the nationwide Deutsche Welle TV campaign “We are Germany”.

The matter closest to her heart remains the "Katarina Witt Foundation”, founded in 2005. With her foundation Katarina aims to help children and adolescents with physical disabilities. She is proud of the results over the last 12 years and the more than 250 projects that have already been realised worldwide with the generous help of many donors.