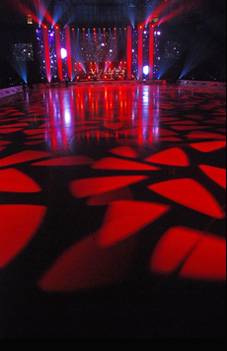 The heyday of figure skating lasted for many years in the USA. I have been there for innumerable tours, and in Germany I am always asked the question, "Ms. Witt, what are you doing in America?" In order to answer this question, and to offer the countless figure skating fans an alternative, we at WITH WITT Sports & Entertainment GmbH are bringing, originally an American production, namely,“World Stars on Ice”, to Germany. I have been able to present a new form of ice show, primarily to a German audience. As I had a stream of inspirations while working on the series of shows with Brian Boitano, I learned from working together with the great choreographers Sandra Bezic, Michael Seibert and Lea Ann Miller, how to implement my own ideas on the ice. These experiences help me to be able to go wild with creative ideas for my American TV specials, live events and tours, I have successfully redefined quality and standards internationally.
It gives me great joy not just to be a figure skater before an audience, standing in the spotlight. It is especially fulfilling to start off with a blank sheet of paper, and to develop ideas and creative concepts that eventually bring the white sheet of ice to life, like a canvas, with the expertise of imaginative choreographers, lighting technicians and costume designers.

I founded the production company WITH WITT Sports & Entertainment GmbH in 1995, to produce TV specials, live events, and shows like "Kisses on Ice", "Summer Night on Ice" and "Stars on Ice". As producers, we set new levels of quality and artistry in the sport and entertainment industry. We go to rather unusual areas, for instance, the Gerry Weber Stadium in Halle/Westfalen, lay down the ice floor, and create a new symbiosis between the art of figure skating and live performances by great musicians.