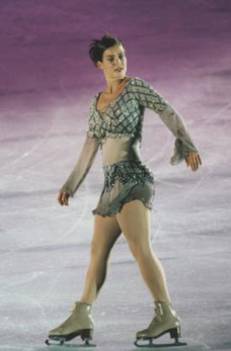 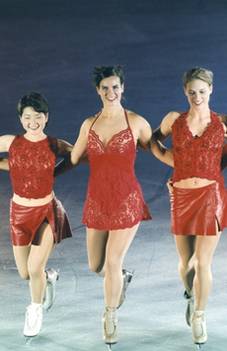 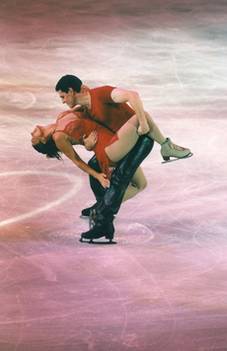 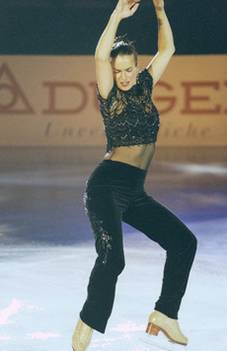 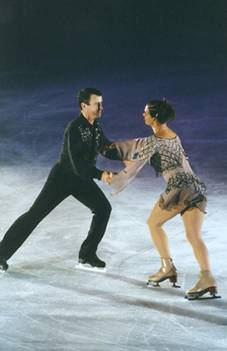 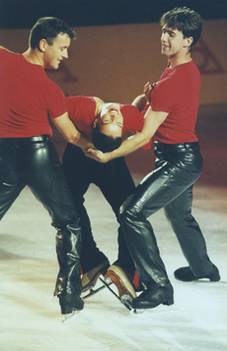 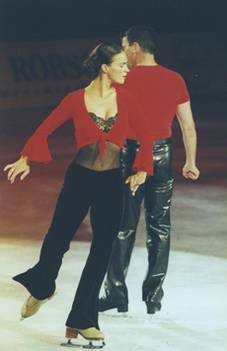 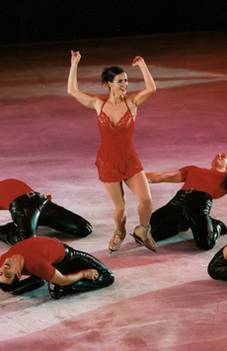 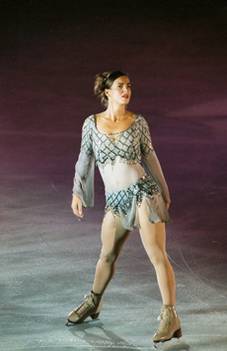 Tour: Riesa, Erfurt, Leipzig and Television broadcasting by ARD – presented by: DUGENA/GOLD PFEILSubject Matter: This romantic show is based on the successful CBS special "Kisses on Ice", produced in Las Vegas. It combines figure skating with poetry, like the poems of Pablo Neruda. A variety of music is provided with live performances by "Bell, Book & Candle" and Lou Bega.

Subject Matter: After the unbelievable success of the first performance of "Summer Night on Ice", Katarina and her friends returned to Halle/Westfalen once again. The open air gala was wonderfully cast with figure skating superstars, such as Nancy Kerrigan, Alexei Jagugin and Alexei Urmanov, and musicians "Bell Book & Candle", "French Affair" and Piero Mazzocchetti demonstrated their extraordinary talents with live performances.

Subject Matter: Once again, Katarina broke all the rules of traditional figure skating by performing in a figure skating show from a tennis court in the middle of August. In this intimate setting, the world class ice skaters shone like stars on a perfect night. Live guitar music did the rest to make it magical, because Katarina knew Uwe Hassbecker, one of the best contemporary German guitarists, personally. It wasn't too hard to convince him to compose a classical blues number for her. Their performance together was the absolute highlight of the show.