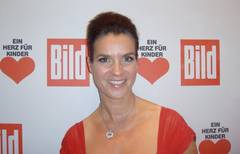 A Heart for Children

For over 30 years now the charity event 'EIN HERZ FÃœR KINDER' (A HEART FOR CHILDREN) has been taking place every year at the Springer building in Berlin. And for many years I have been supporting this great BILD-event either by collecting donations on the phone or by helping with projects.

Thomas Gottschalk is passionately hosting the ZDF-TV-Show, which calls attention to the hardships of children all over the world.

With the generosity of millions of television viewers as well as dedicated companies and sponsors we are able to collect the record sum of 15,4 million Euro tonight which will help to make the lives of many children better.