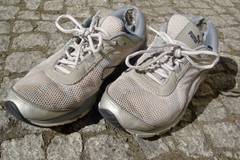 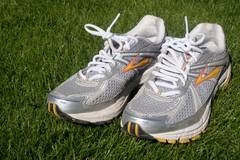 I PUT MY NEW SHOES ON

The last months I have been traveling so much I didn't even have time to get some much needed new running shoes. Finally today I bought a new pair :-)

Those running shoes have been around in the last two years traveling the world for Munich 2018. They made some milage in the streets and parks of Vancouver, Moscow, Berlin, St. Petersburg, Guangzhou, Macau, Doha and Munich. They shuffled through the sands of Dubai, Acapulco, Rio de Janeiro and Muscat. And they went round the lakes of Lausanne, Jyväskylä and Singapore with me and as you can see all those places have not failed to leave their mark on my shoes...

Today I bought some new running shoes and after the positive outcome of yesterday's referendum in Garmisch-Partenkirchen I will continue to run and fight for Munich 2018 with  fresh  tailwind  and  footgear ;-)