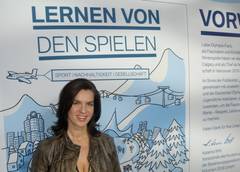 LEARNING FROM THE GAMES IN THE BMW WORLD MUNICH

What are the Olympic Games? Since when do they exist? Who was Pierre de Coubertin? What is the meaning of the 5 rings? Their colors? Can I be a part of it?

All those questions and many more are answered in a 113 page theme book for pupils which was released by the BMW Group and the German Olympic Academy Willi Daume (DOA). With this book we are able to make children and adolescents aware of the Olympic values and hopefully make them curious to find out more about the meaning and fascination of the Olympic Games.