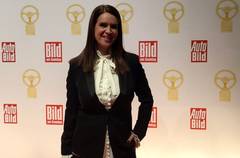 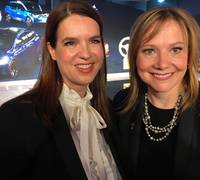 The winners of Europe's most prestigious automobile award have been confirmed! For the 41st time the best cars receive the GOLDEN STEERING WHEEL. The celebrations were held in the Axel-Springer building in Berlin. As a jury member I had the privilege to test all the cars in Balocco and I am particularly pleased that the BMW i3 won in the category "Alternative Drives"!